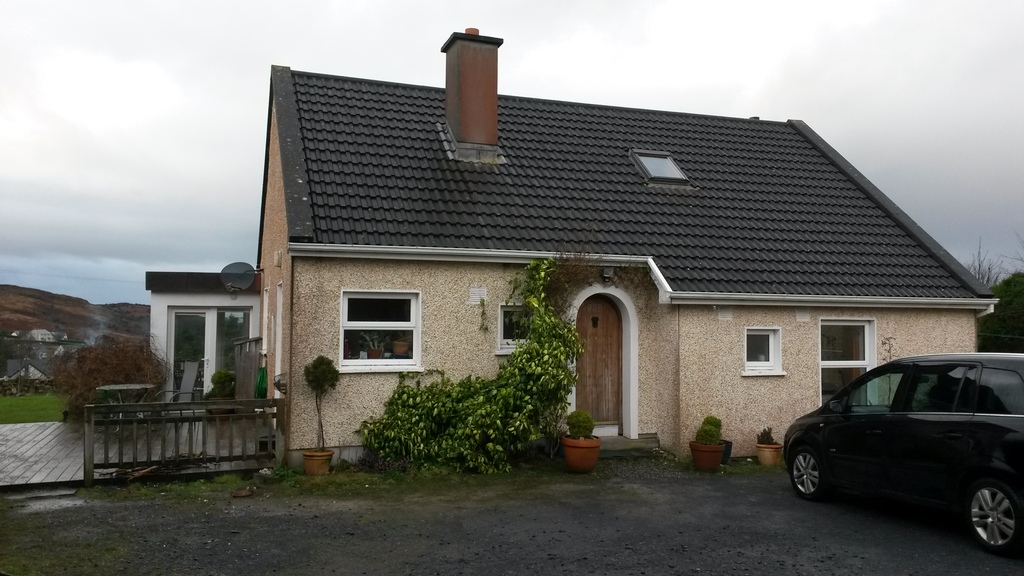 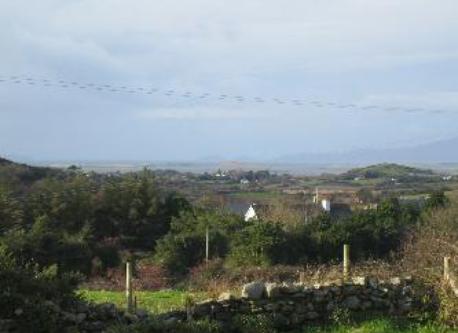 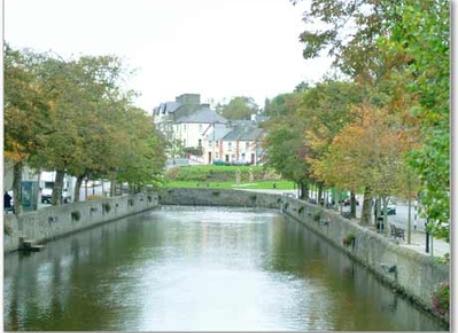 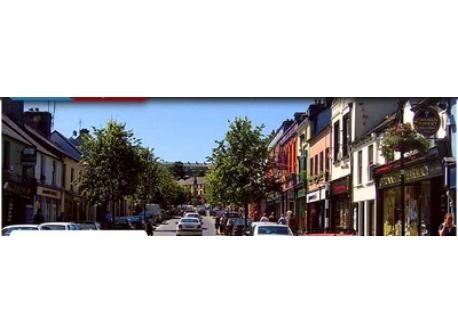 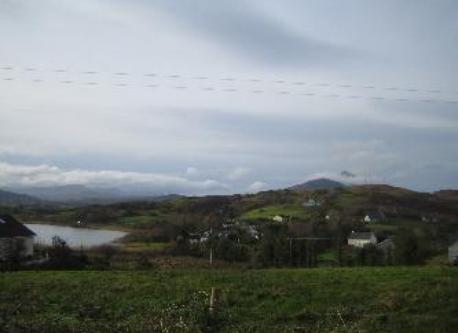 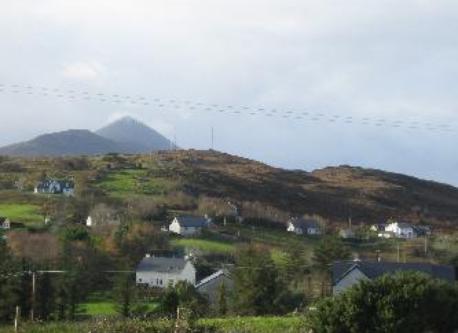 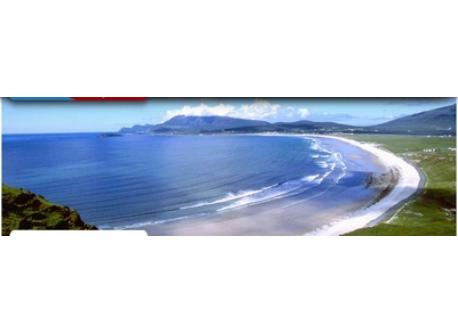 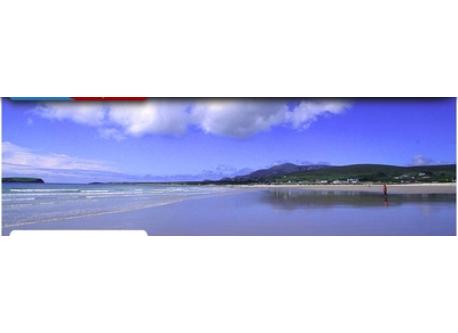 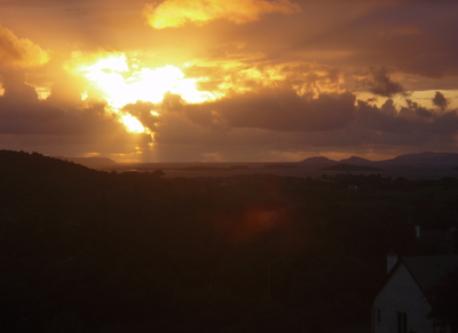 Our house is near the town of Westport but is in a rural setting. Westport is accepted as one of Ireland's most beautiful towns and is an important tourist centre.
It is a light filled house of comfortable size (130ms) and much more spacious than it looks initially (with large kitchen, large sitting room and sun-room). The views from the house are not surpassed around Westport as we are relatively high up and looking at the sea and all the mountain ranges to the west, north and south.

Lonely Planet 2010 guidebook says of Westport: 'The town's Georgian streets, lime tree-shaded riverside mall and colourful pubs are about as photogenic as Ireland gets.'

There is an exceptional view of the sea and mountains from the house, which has a sunroom. There is a big garden. Though not far from Westport town, the setting of our house is tranquil.

Galway City is a drive of about one hour twenty minutes away and is also served by several buses per day.
Westport is connected by train to Dublin and is about one hour from Knock airport and one hour ten minutes from Galway airport.

Westport is the starting point of the Green Western Greenway which is the longest off road cycling and walking route in the country - www.greenway.ie
Bikes are available at our house (2 adult, 2-3 child) or can be hired locally at several locations. There are many other marked trails and looped walks. More off-road cycling and semi-surfaced trails are currently being developed in the Westport to Castlebar area.

Delphi Mountain Centre and Leenane Adventure Centre are relatively near. There are several horse riding centres in close proximity.

There is sea, lake and river fishing in the area. Boats can be hired. Also half-day cruises of Clew Bay and Killary Harbour.

There is sailing training at the Adventure Islands Centre near Westport.

There are many restaurants, cafés and bars in Westport. Four supermarkets and many good-quality shops. 3 playgrounds, skatepark, outdoor gym swimming pools, spas, leisure centre. There is more shopping at Castlebar and Clifden. There is a major hospital in Castlebar which is about 20-25 minutes away.

Pets: Although we have a preference for no pets, we would consider taking a pet on the exchange -- within reason.