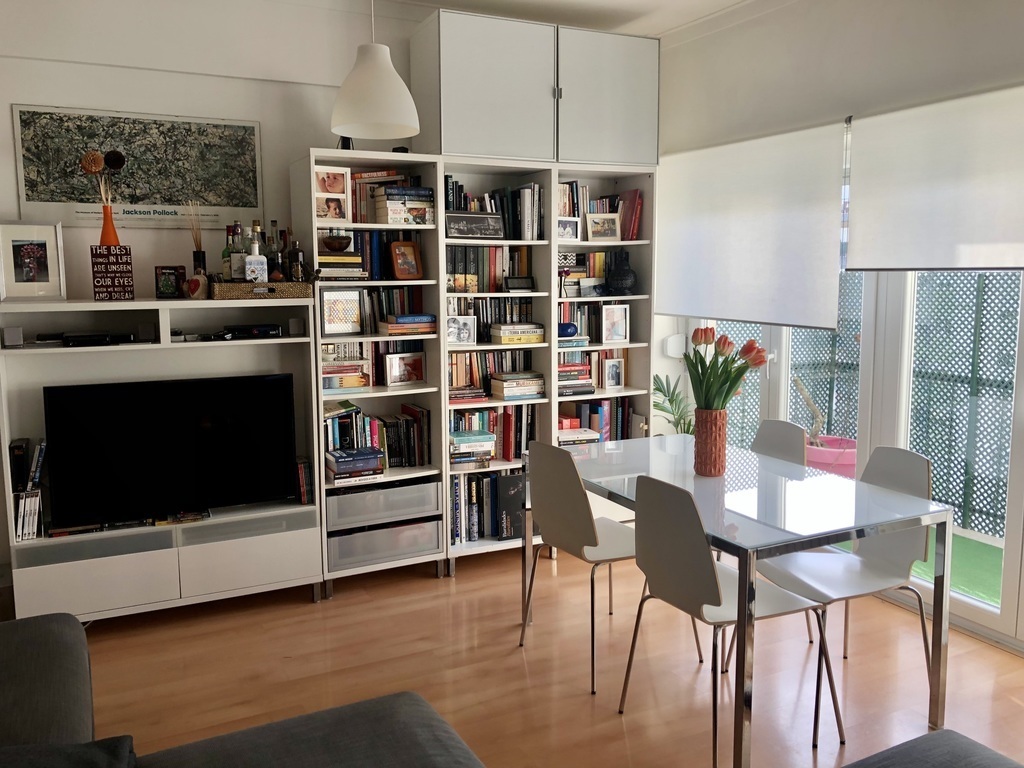 The beautiful villa of Sintra

Our home is an appartment of 110 m2 with a large living-room and three bedrooms. The main one has a bed for two. Our children bedrooms, both, have two single beds (90 * 200 cm).
There are plenty of restaurants, cafes and shops nearby altough the area is very quiet. The supermarket is at 5 minutes by feet and you have a wonderful bakery even closer to the flat.
There are buses that will take you to the centre of Lisbon in 15/20 minutes or to the train that goes to the beaches of Carcavelos, Estoril, Cascais...
We'll be happy to help you with the preparation of you trip to Lisbon/Portugal. You can start by reading our blog: lisbonpostcards.blogspot.pt

Hope to hear from you soon!

We are a family of four. Nuno works as a copy writer, Rita is a Chemistry teacher. Our kids are sixteen and thirteen years old and they are, already, experienced exchangers. We also have a dog but it won't be here during the exchange
Intervac exchanges:

We've done our first exchange on the summer of 2011 and we are loving this more personal way of traveling. We get to know people from other countries and there's always a place you wouldn't find any other way!

Weekends in Portugal are also an interesting choice.

We love to travel, spend time together, go to museums, to the beach. Our kids have become doing house exchanges when they were really young. They are used to respect other people houses as they also love returning home and to see that their bedrooms and beloved stuff are safe!

Among the 22 exchange partners below, some gave their feedback on their Intervac experience with this member: